This manual covers service and overhaul of the Mercedes Benz OM352, OM353, OM362 diesel engine. It includes detailed specs, illustrations and service procedures to guide the mechanic with correctly repairing the diesel engine to the manufacturer’s specifications. This downloadable engine service manual is also known as the repair manual or workshop manual. There are no reviews yet.

This site uses Akismet to reduce spam. Learn how your comment data is processed.

If you have any questions or requests, please use our contact form or email us directly at support@vintagemanuals.net 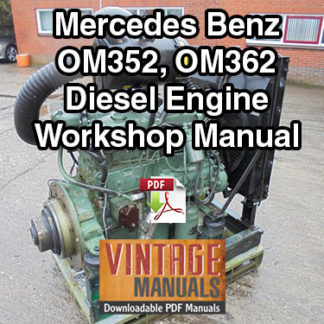